Share a memory
Obituary & Services
Tribute Wall
Read more about the life story of Wesley and share your memory.

Wesley Leroy Tyler, lifetime Harney County Rancher, passed away November 21, 2022 with his wife by his side.

He was born in Burns, Oregon March 19, 1943, to Lester and Lola (Addington) Tyler. Wes was the youngest of four children, baby sister, Stanton, and Lyle Tyler.

When Wes was about four, his dad bought the Golden Place, which then became the headquarters of the Tyler Brothers Ranch. Lester told the boys “I bought this place so that you would have something to do.”

Wes attended grade school in Burns where he met his best and lifelong friend Pat Wolverton.

He graduated from Burns Union High School with the Senior Class of 1961. The people in this class have been very close. He loved attending his class reunions.

Wes joined the National Guard in 1961. He did basic training at Fort Oard in California for two months. Then he went to Fort Bliss in El Paso, Texas. During that time, he loaded tanks on huge airplanes to be sent out for the Cuban missile crisis. He served for seven years. Wes was honorably discharged January 31, 1969.

Wes loved attending Drewsey Dances. This is where he met his wife at a New Year’s Eve Dance. He married Sarah Dunten August 22, 1969. They have been married for more than 53 years.

Wes was a member of the Drewsey Grange, Poison Creek Grange, and Harney County Pomona Grange for over 25 years. He was also a member of the Oregon Cattlemen’s Association.

Wes spent his life running, operating, and enjoying Tyler Brothers Ranch with his parents Lola and Lester Tyler, Brothers Lyle Tyler and family and Stanton Tyler, wife Sarah Tyler and daughters Cindy and Kim, and many extended family and friends. He was the peacemaker. His favorite words were I just want to get along.

Hard work came easy to Wes I never saw a man take more joy from working with cows. He was one of the hardest working people that I know. Wes and Sarah made a life together here in the beautiful harsh place and made it look natural, not easy but it always seemed to be right for them side by side. He was a workhorse, and he spent his life helping whoever and doing whatever needed to be done. He loved people.

He loved riding horses, branding, haying, riding four wheelers and motorcycles, feeding cows, fencing, moving sprinklers, doing mechanic work, welding and getting wood. He would always say, I like what I am doing so, it doesn’t seem like work. I was Born to Ranch.

Wes publicly accepted Jesus Christ into his life on July 4, 2014, at a Fourth of July picnic at the Harney County Church of the Nazarene. Bob Jones led him to the Lord.

Wes was preceded in death by his parents Lola and Lester Tyler, and brothers Stanton and Lyle Tyler.

Donations in Wes’s memory can be made to the Burns Elks Lodge #1680, The American Diabetes Association or charity of one’s choice.

To send flowers to the family or plant a tree in memory of Wesley Leroy Tyler, please visit our floral store. 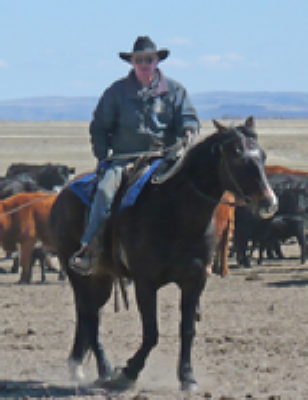