Share a memory
Obituary & Services
Tribute Wall
Read more about the life story of Sally and share your memory.

Sally Mae (Rice) Hart, 84, passed away peacefully in her home on Friday, January 6. She was well-loved in her passing journey, most deeply by her adoring husband, Eldon.

Sally was born on August 25, 1938, in Vancouver, Washington, to parents Louise and John Rice. She joined older brother, John, and spent her youth in Ridgefield, Washington, and Portland, Oregon. After graduating from high school in Ilwaco, Washington in 1956, Sally attended college and became a Licensed Practical Nurse in 1959. She worked in several Portland-area facilities including Physicians & Surgeons Hospital, Holiday Park Hospital, Shelton Grove Clinic, and Hillhaven Nursing Home before retiring after 28 years.

Sally met the love of her life, (Ora) Eldon Hart, on a blind date in 1966. It took two years of wavering courtship and Sally’s dad telling her “You’re letting the best one go” before the two were married on February 24, 1968. Eldon and Sally enjoyed 54 years together.

Eldon grew up in Harney County and after he retired from Gates Rubber Company, the two moved to Burns in 1996.

Sally had many interests and you’d be hard-pressed to find her sitting still. Eldon says she could do absolutely anything she put her mind to, and she sure did! One year when Sally didn’t have vacation time to use during hunting season, Eldon came home to her new hobby: stained glass. She took some classes “just because” and became an exceptional glass artist. She was also a highly skilled seamstress, creating or altering everything from clothes to linens, sewing heavy-duty fishing vests for the Hart boys, and even making every-day vests from animal hides. She crocheted beautiful afghans and loved gardening, being especially fond of roses and zinnias. Sally also enjoyed fishing and hunting and personally tagged deer, elk, and antelope in her lifetime.

Together, Eldon and Sally drove for Meals on Wheels for five years and loyally attended Burns High School athletic events in all seasons for decades. They enjoyed cards or “Back Up 3” over home-cooked meals nearly every day. Louise’s waffles on Christmas Eve, German chocolate cake on Eldon’s birthday, and Saturday nights with Daniel O’Donnell and the Polka Party on RFD TV were just some of Sally’s sweet traditions. She loved helping others and always gave a warm welcome, smile, and well-timed wisecrack for those in her company.

A graveside service will be held Thursday, January 19, 2023, at 11 a.m. in the City of Burns Cemetery. A reception will immediately follow at Burns Elks Lodge, 118 N Broadway Ave. Contributions in Sally’s memory may be made to the Burns Elks Lodge for their 2023 Christmas baskets. LaFollette’s Chapel is in charge of funeral arrangements. Special thanks to Dr. Tom and Debbie Fitzpatrick, Tammie Choate, Kathy Dimzoff, Mary Slocum, and Tara Thissell for making Sally’s final few weeks the best and most comfortable they could be.

To send flowers to the family or plant a tree in memory of Sally Mae (Rice) Hart, please visit our floral store. 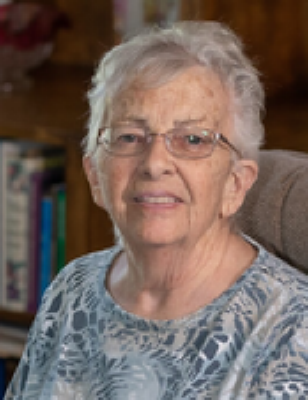