Share a memory
Obituary & Services
Tribute Wall
Read more about the life story of Dale and share your memory.

Dale H. Berry passed away peacefully in his home on Sunday December 11, 2022.  He was born June 1, 1936 in Idaho Falls to his parents Clinton & Veda (Campbell) Berry.
Dale was raised in Eastern Idaho; living in Blackfoot & Salmon Idaho. Dale served in the United States Navy from 1954-1958; serving in the Korean War and on the USS Wright during Operation Wigwam.
Dale welcomed his first son, David Dale Berry in 1960.  On October 23, 1961 Dale married the love of his life, Jeanette Salsbery.  After a brief stay in Idaho Dale & Jeanette decided to make their way to the Oregon coast by way of Harney County.  Along their journey they were stopped by Edward Hines Lumber Company along the road as they were recruiting workers.  Dale took the job offer with the intention of only staying for “awhile” and completed his first day in the mill while Jeanette sat in the car.  They made their home in Hines and “awhile” turned into 60 years.  On November 11, 1962 they welcomed their daughter Kimberly Gene and later their son Ronnie Joe on July 12, 1965.
Dale worked for Edward Hines Mill Lumber/Snow Mountain Pine for well over 30 years.  During his career he created lifetime friendships and showed his kids & grandkids the importance of hard work.  Retirement offered him more time to camp, hunt and spend time with his beloved family.  One of Dale’s greatest joys was his children, grandchildren and great grandchildren.  He was present for most memories made, whether it was fishing, hunting, buying a vehicle or horse business he prided himself in always being there.  Dale always had a story to share around a campfire and when he was surrounded by his family and friends he was his happiest.  Along with stories he was as quick witted and they come and even on the days that you would think there was a chance to get the last word he would quickly prove you wrong.
Dale was a devoted son and brother.  After the death of his father in 1985 Dale was committed to helping his mother and visiting her often.  Many trips he would take his grandchildren which became cherished memories.  He always made time to visit his siblings and some of his best times where at Berry Family Reunions at Murders’ Creek.
His mother instilled the importance of family into her children throughout their lives and they have continued that tradition. In the words of Uncle Bill, Grandma Veda taught, “You come into this world with nothing and you leave with nothing; the family is the most precious thing you own in this world.”  Dale proudly passed this down to all of his children.
If Grandpa was writing this he would say, I have lived a hell of a life; I love my family and they have made this old guy proud.
Dale survived by his wife of 61 years, Jeanette Ellen (Salsbery) Berry.  His children, David Berry (Laurie); Kimberly (Jeff) Kealiher, Ronnie Berry (Jodi); his grandchildren Michael (Ellen) Berry, Pennie (Kenny) Peasley, Kenny (Cassandra) Berry, Jake (Jesica) Berry, Jolene Berry (Johnny Davis) , Cassie (Keaton) Moore & John Kealiher; great grandchildren Shealyne, Anthony, Kevin, Tallon, Bobbi Jo, Kaden, Aaron, Shelby, Jordyn, Issac, Emma, Rylee, Olivia, Nataleigh, Thomas & all of his bonus grandchildren and great grandchildren; brother Steve Berry of Mt. Vernon & sister Shirley Nees of Eagle, ID; and numerous nieces & nephews.
Dale was preceded in death by his parents, Clinton & Veda Berry, Brothers; Lloyd Berry, Don Berry, William Berry, Gary Berry & Sisters; Norma Jenkins, Delores Gilpen and nephew Todd Berry.

To send flowers to the family or plant a tree in memory of Dale H. Berry, please visit our floral store. 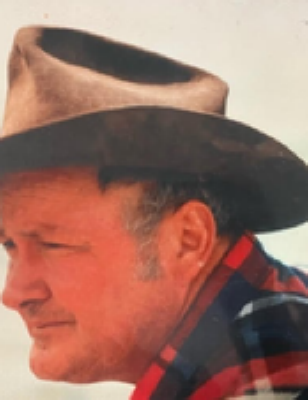 You can still show your support by sending flowers directly to the family, or by planting a memorial tree in the memory of Dale H. Berry